Because you are worth it and life is short…

The Woodbridge celebrates 2 centuries of Tasmanian history (1825) in one of Australia’s oldest historic houses, a private hotel offering modern luxury riverfront accommodation, steeped in stories and defined by gracious hospitality.

Heritage listed Woodbridge is an accredited 5 Star hotel. Tasmania’s first and  only Small Luxury Hotel of the World (2007-2019), The Woodbridge was listed as one of Australia’s Top 10 Luxury Hotels by Business Review Magazine. 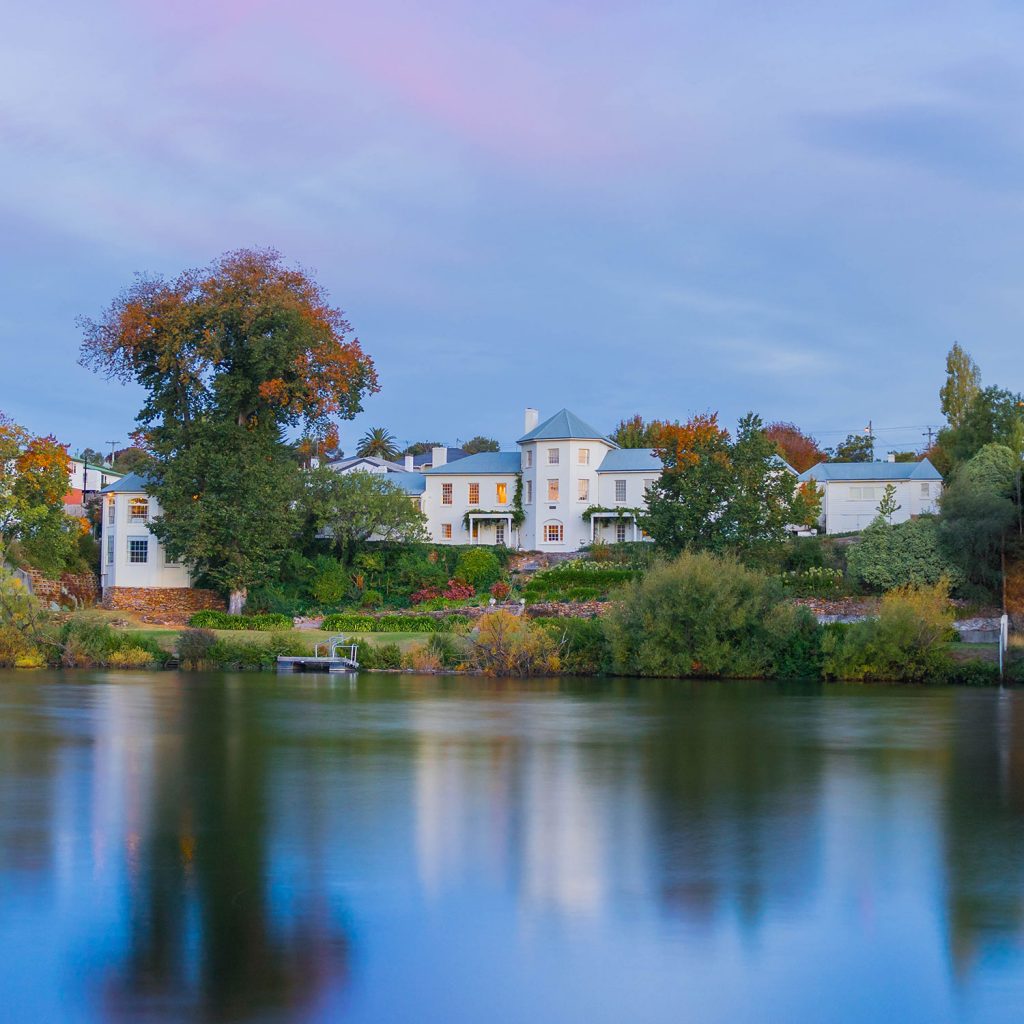 Woodbridge operates in the style of the grand houses of yesteryear and is less an hotel, and more an expression of warm, country hospitality. A seamless blend of rich history and modern boutique amenity, Heritage-listed Woodbridge has been described by a guest as: “like being given the keys to a friend’s country mansion”.

The Woodbridge is ideally placed and guests frequently settle in and make us their base for discovering all that Southern Tasmania has to offer.

Perhaps the best accommodation for Hobart Dark Mofo is a little out of town. This year The Woodbridge plans a Country House Party for the duration of the festival.   Situated on the Derwent River, The Woodbridge is just 15 minutes from MONA, and 25 minutes from Hobart CBD. It is is ideally situated to […]

Best hotel near Hobart for Exclusive Use

“Our clients want the best hotel near Hobart that we can acquire, “ said the voice on the end of the phone. This agent was acting one behalf of a gentleman who wanted an Exclusive Use of The Woodbridge to entertain  a group of friends. The friends were arriving from various places around the […]

Our luxury private hotel near Hobart had a rather surprising incident recently. A lady became quite offended that she was not able to wander into the property for a ‘look around’.   We explained that The Woodbridge respects its guests’ right to peaceful, private enjoyment. Therefore Woodbridge is accessible only to in-house guests.   […]