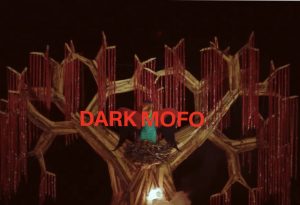 Perhaps the best accommodation for Hobart Dark Mofo is a little out of town. This year The Woodbridge plans a Country House Party for the duration of the festival.

Situated on the Derwent River, The Woodbridge is just 15 minutes from MONA, and 25 minutes from Hobart CBD. It is is ideally situated to embrace the activities.

Get your friends and family together to book the ultimate winter getaway.
Exclusive Use of 1825 riverfront mansion is also available, with your choice of 8 or 9 sleeping accommodations.

What is Dark Mofo

Dark Mofo is the winter version of the MONA FOMA festival.With many of its events taking place at night, it celebrates the darkness of the southern winter solstice. Dark Mofo features many musical acts, large scale light installations and a winter feast. Due to its pagan influence and darker themes, it is aligned with the Tasmanian Gothic aesthetic in literature and art.

The first Dark Mofo festival was held in 2013 and featured Ryoji Ikeda‘s 15-kilometre-high light installation Spectra. The first year also introduced the now annual nude solstice swim. Over one thousand people dunk in the River Derwent at dawn on the shortest day of the year. Initially the nude swim was banned by police, however, it is now a hugely popular and much anticipated event.

Dark Mofo is the brain child of  MONA owner David Walsh, who made his fortune from gambling systems.

David loves controversy. He once said that he didn’t care if people loved or hated MONA, as long as they were not indifferent.

The event has courted controversy since its inception. Interstate visitors have noted how different it is to health and safety-obsessed mainland festivals. One writer called Dark Mofo “the festival Sydney wouldn’t allow”. During one festival, seven people were hospitalised after suffering seizures during a light installation described a “psychedelic architecture”. In 2016, a series of artworks were taken down after local art students complained. 2017 saw animal rights activists protest a performance piece showing participants writhing in the entrails of a slaughtered bull. The controversy continued in 2018 with petitions calling for the removal of inverted crosses situated around Hobart.

Information about Dark Mofo 2020 may be sourced here.